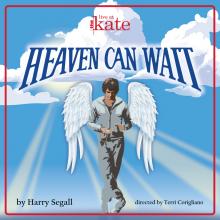 The Saybrook Stage Company returned to the Kate with their first large-scale production since the start of the pandemic. Heaven Can Wait is a lighthearted comedy about a young boxing champion, Joe Pendleton who is accidentally sent to heaven before his time due to the mistake of an overeager angel. 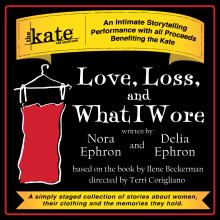 The Saybrook Stage Company celebrated with The Kate to be back with live shows again and was thrilled to be able to have all the proceeds benefit the Kate! The five sold out performances brought the audience to tears of laughter with so many of our stories and feelings are universal. 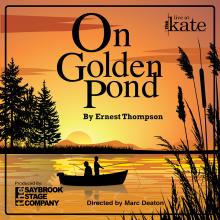 Saybrook Stage Company was honored to highlight The Kate’s 10 Year Celebration with the stage rendition of On Golden Pond. This poignant and comedic piece by Ernest Thompson inspired the Hollywood blockbuster movie that not only was one of Katharine Hepburn’s most cherished performances but it also earned her a fourth Academy Award for Best Actress. On Golden Pond is the love story of Ethel and Norman Thayer, who are returning to their summer home on Golden Pond for the forty-eighth year. 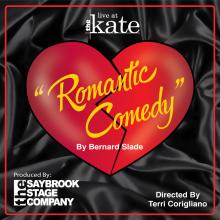 Romantic Comedy is a fast-paced, hilarious play by Bernard Slade (author of Same Time, Next Year). It tells the story of arrogant, self-centered and sharp tongued Jason Carmichael, successful co-author of Broadway romantic comedies, as he faces two momentous events: he is about to marry a society belle and his collaborator is retiring. Enter Phoebe Craddock, Vermont schoolteacher and budding playwright. 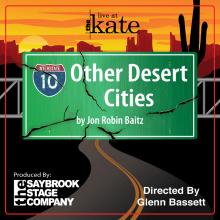 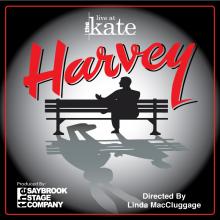 Harvey has been entertaining audiences for almost three quarters of a century and it is still as funny and relevant today as it was when it first opened on Broadway in 1944. Mary Chase's Pulitzer Prize winning piece was then adapted for film in 1950 starring Jimmy Stewart and revived in 2012 at the Roundabout Theatre in New York City to standing ovations. 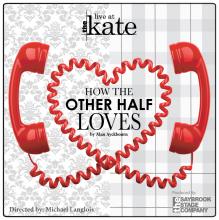 Alan Ayckbourn’s farcical tale of matrimonial mishaps, “How The Other Half Loves” leaves audiences in stitches. Aykbourn enthralls with his clever use of space and time as he intertwines the lives of two very different couples – a perfectly posh upper-class older one and a messy middle-class younger one – on the same stage! 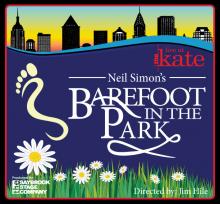 A hilarious romantic comedy about a conservative straight-as-an-arrow young lawyer and his free-spirited new bride. They are newlyweds in every sense of the word – still giddy from their over-the-top honeymoon at The Plaza – and now find themselves in a less-than-perfect Greenwich Village fifth-floor walkup in New York City. 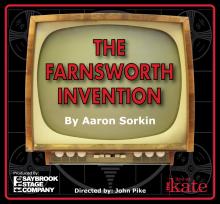 The turning point of the 20th Century wasn't on television - it was television! It's 1929. Two ambitious visionaries race against each other to invent a device called "television." Separated by two thousand miles, each knows that if he stops working, even for a moment, the other will gain the edge. Who will unlock the key to the greatest innovation of the 20th century: the ruthless media mogul, or the self-taught Idaho farm boy? 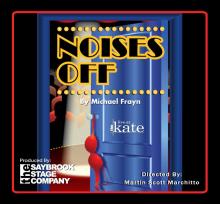 It has been said that “once is not enough” to get all the jokes and catch every sight gag in this hilarious farce “Noises Off” – called the funniest farce ever written. The story unfolds as the actors are rehearsing a badly written play causing everyone to share in the overall confusion and frustration along with doors slamming; intrigue on and off stage and relationships overlapping – the result is an absurdly funny and action-packed, fast paced comedy.